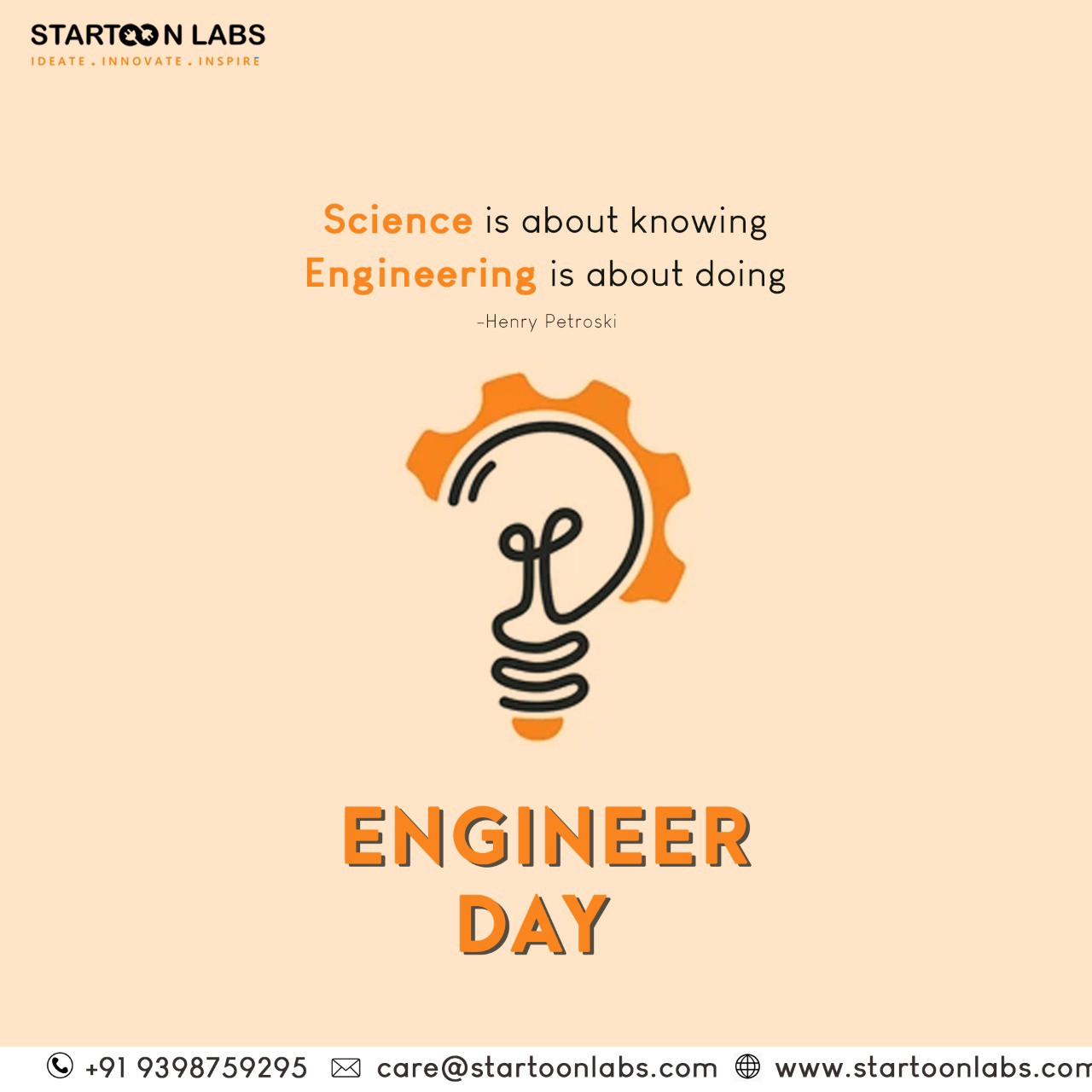 It is time to celebrate all the brilliant minds: the engineers that this country has produced and continues to produce. These engineers of being able to have over the years worked together to make this country and the world more sustainable. Engineers Day is celebrated on different dates in different countries. Engineers Day is celebrated every year on 15 September in India. We the people of male dominated society have such a belief that only men are in power in the field of engineering, science, technology, but time is changing. Now the expansion of this field is not limited to men only, the mother woman of the world is also in this area and dominates this era very well, which we also greet wholeheartedly.

Women now occupy the most important positions in engineering, science, and technology, along with minority women, an idea previously unacceptable in this field. From winning the Nobel Prize to reaching NASA, women scientists have carved a niche for themselves in history.

Your life choices and path define who you are and what you become. You are the lone narrator and writer of your narrative. The experience, the choices you make, and the course you choose will all go down in history.

Pioneering Indian women engineers have done the same, writing their own stories in a world that first did not embrace them. These stories of women who have broken free from the shackles that have bound them are a source of inspiration for others to dream and follow their goals.

In honour of these idols, we’ve compiled a list of 5 Indian women engineers who have made it big in the engineering world.

Priya Balasubramaniam, the vice president of Apple’s iPhone operations, began her career at Apple in 2001 and has since risen through the international supply chain team ranks. She oversees the manufacturing of Apple’s iPhones. She has demonstrated that she has worldwide clout. For example, she was a key figure in negotiating a new arrangement for Apple to manufacture products in India.

Ruchi Sanghvi graduated from Carnegie Mellon University with a Bachelor’s and Master’s degree in electrical computer engineering. She is the first Indian woman to be hired by Facebook as an engineer. She left Facebook in 2010 and co-founded Cove 2011 with two other co-founders. Sanghvi joined Dropbox as VP of operations after Cove was sold to Dropbox in 2012. She departed Dropbox the next year. South Park Commons, a residential and professional tech space similar to a hackerspace, was founded by the computer engineer in 2016.

NIT Kurukshetra awarded Aanchal Gupta a Bachelor’s degree in Computer Science and Technology and a Master’s degree from St. José State University. She is the Director of Security at Facebook and the Vice President of Azure Security at Microsoft. She has also worked at Microsoft as the Chief Information Security Officer for Skype.

She is excited about partnering with product, engineering, legal, privacy, customer support, and marketing to scale security and privacy needs for agile development, enabling them to release trustworthy and best-in-class products for people all around the world.

Aparna Ramani is the director of Engineering, Realtime Data at Facebook. She and her team assist in processing real-time data and analytics and other aspects of Facebook’s Newsfeed technology. Aparna’s crew is also noted for handling unexpected challenges admirably. Aparna Ramani was in charge of product development at Cloudera before joining Facebook.

In this order, Last but not in the list is — Mythreyi Kondapi , Co-founder of Startoon Labs

Co-founder of StartoonLabs, with her products, the way Mythreyi Kondapi is modernizing physiotherapy tools; she is genuinely bringing a revolution in the medical devices sector, as evidenced by her invention of beneficial products like PHEEZEE™ — aimed at patients’ recovery. To monitor and track the patient undergoing physiotherapy, post neurological, and musculoskeletal disorders. Along with being the co-founder of his company StartoonLabs, she is responsible for new product development, market research, user research, features, user experience, product accuracy, and clinical studies.

Such occupying of women in engineering, science, and technology is a sign that women are no less than anyone now. These women teach us that we cannot let others write our stories; we create our own paths.

Our decisions are our choices that cannot be controlled. It all depends on you if you want to focus on your career or balance family and career and focus on just one family. Dreams and aspirations cannot measure gender rights, keep dreaming.

In today’s dominant male society, where we are celebrating international engineer’s day today, we should not forget the invaluable contribution of women in the field of engineering today.

To Ice Or Not To Ice An Injury